“Robin and I were friends. Not intimate, because he was very shy when he was not performing. Still, I spent many birthdays and holidays at his home with Marsha and the children, and he showed up at my 70th birthday to say “Hello” and wound up mesmerizing my relatives with a fifteen-minute set that pulverized the audience.

When I heard that he had died, I put my own sorrow aside for a later time. I’m a Zen Buddhist priest and my vows instruct me to try to help others. So this little letter is meant in that spirit.

Normally when you are gifted with a huge talent of some kind, it’s like having a magnificent bicep. People will say, “Wow, that’s fantastic” and they tell you, truthfully, that it can change your life, take you to unimaginable realms. It can and often does. The Zen perspective is a little different. We might say, “Well, that’s a great bicep, you don’t have to do anything to it. Let’s work at bringing the rest of your body up to that level.”

Robin’s gift could be likened to the fastest thoroughbred race-horse on earth. It had unbeatable endurance, nimbleness, and a huge heart. However, it had never been fully trained. Sometimes Robin would ride it like a kayaker tearing down white-water, skimming on the edge of control. We would marvel at his courage, his daring, and his brilliance. But at other times, the horse went where he wanted, and Robin could only hang on for dear life.

In the final analysis, what failed Robin was his greatest gift—his imagination. Clutching the horse he could no longer think of a single thing to do to change his life or make himself feel better, and he stepped off the edge of the saddle. Had the horse been trained, it might have reminded him that there is always something we can do. We can take a walk until the feeling passes. We can find someone else suffering and help them, taking the attention off our own. Or, finally, we can learn to muster our courage and simply sit still with what we are thinking are insoluble problems, becoming as intimate with them as we can, facing them until we get over our fear. They may even be insoluble, but that does not mean that there is nothing we can do.

Our great-hearted friend will be back as the rain, as the cry of a Raven as the wind. He, you, and I have never for one moment not been a part of all it. But we would be doing his life and memory a dis-service if we did not extract some wisdom from his choice, which, if we ponder deeply enough, will turn out to be his last gift. He would beg us to pay attention if he could.” 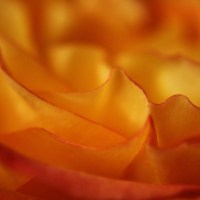 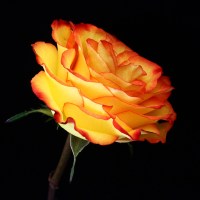